Contours and Shapes in Genre Fiction 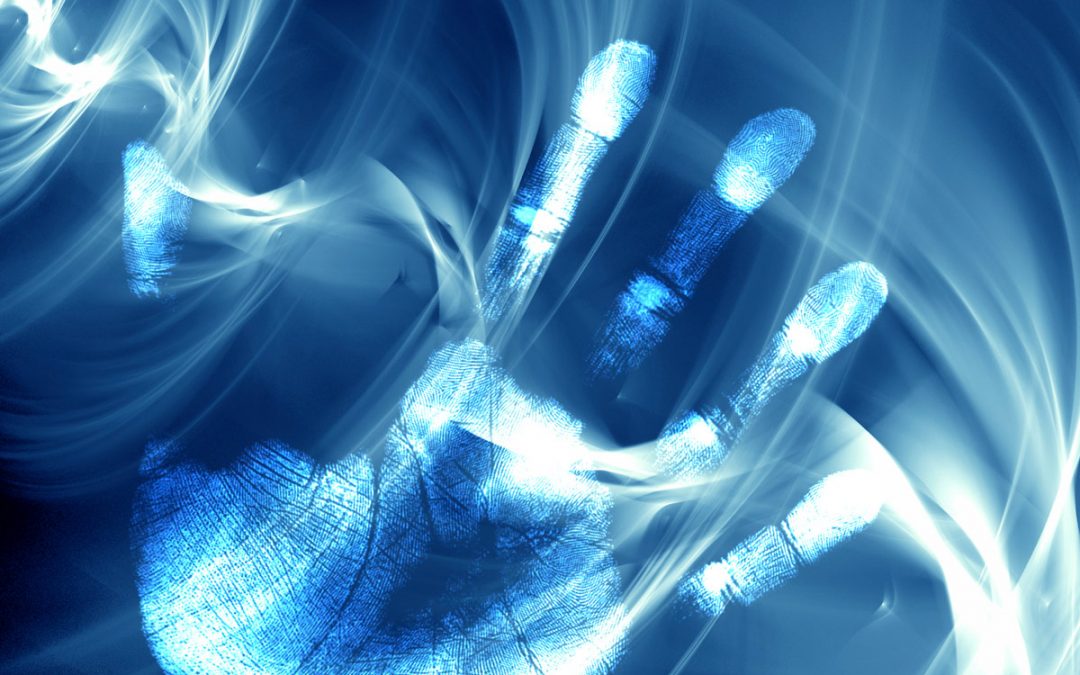 by Robert W. Walker, author of Under the Dead Man’s Hat, Vampire Dreams & 80 other titles

There are steps a young writer can take to improve the contours of a story overnight. There are skills that can be taught and understood in teachable moments about writing. There are plugs in the wall that all authors, whether selling or starting out, can plug into. Here are a few contour helpers that count large.

Look into any grammar textbook and re-introduce yourself to the element of Active vs. Passive Voice, which style element has a great impact on contours; the use of active verbs provide visuals in the reader’s mind, whereas passive verbs have no visual components. A reviewer once said of my Instinct titles that ‘Walker literally snatches the reader’s mind for the duration of his books’–Midwest Review of Books.

The writer must see clearly that most dramatic writing, sentence by sentence, begins with a clear Noun/Name followed by a clearly Active Verb. For example: His shattered arm dangling, Jack half-threw, half-pushed the gun to Max. Or tossed, or lobbed but NOT ‘was about to or perhaps maybe toss or was giving thoght to throw’ it. Helping verbs are a weak substitute to the ACTIVE form of the verb. So revisit the use of Active over Passive verbs and maintain one, consistent verb tense (time) and the all-important voice while at it.

Secondly, be more conscious of your use or possible overuse of pronouns and prepositional phrases. Overuse of both lead to total confusion, and SIN #1 in writing is to be unclear. Stephen King says, “If you can’t make that sentence sing, then at least make it clear” while Mark Twain says, “When in doubt, strike it out.” Both men could easily have cleared their own statements up had they said to be wary of LY-words, adverbs, adjectives, but even more so pronouns and prepositional phrases. Look these up in any dictionary or grammar text and revisit why they are so dangerous to CLARITY!

Words like he/she and him/her are useful but an over-reliance on them/pronouns can lead to major confusion as in:  “Mary told her mother that she was fat and ugly, and her father told her that he agreed that she was fat and ugly.” There is NO WAY to know if Mary is speaking about herself or her mother in that sentence, and her father’s remarks do not help at all. To return to the characters’ names is the answer, or to ‘set it to dialogue’ can make it crystal clear. To use names could clarify it, nouns of people, places, and things over IT, them, these, those, him, his, hers, yours, mine, theirs, and ours if there is any doubt, strike ‘em out and replace ‘em with a name. Name names and you kick ‘ass’. Good advice on an SAT test, too. Always take the answer that gets capitalized.

Thirdly, do not shy away from story SHAPES and FORMS that have worked since the Heroic narrative older than the Bible, Gilgamesh. Do not decry a SHAPE that works to say you will never use it. In fact, it is like a wall outlet, a shape for all of us dysfunctional people to plug into and utiize. Use existent story forms and conventions such as the ‘coming of age’ tale or the ‘creature at the gate’ story or the ‘heroic journey’ tale — a legendary structure. There is no reason to RUN from the fact that every story shape possible has been utilized before you were born, because that is the reality of storytelling today as it was when the first story was put to parchment or carved in stone since the shapes were already defined and outlined at the campfire. Use the existent story shapes like ‘fish out of water’ as outline and guideline. Put your inexpericned young apprentice to the navigator on his perilous journey and challenge him as I did in Ragnar &The Battlestomer – a young adult coming of age historical novel for 12 to 120.

There is the Journey Story and how old is that baby? But it serves great purpose. Use it, don’t defuse it. Set your character(s) on a journey as in King’s IT – the journey of returning to one’s childhood fears to face them down. George Lucas’ Luke Skywalker is asked to do the same as our unlikely hero in The Hobbit or is it a re-telling of Gilgamesh? Does not matter — to board a ship for the heroic journey ahead, taking him from the boring but safe confines of the only home he’s known, that step/shape/format is what matters. If Skywalker does not ‘get on board’ and remains homebound, there is no Star Wars story worth writng or watching.

Sometimes the journey is what happens on a bus ride across a continent, one obstacle after another. There are archetypal story SHAPES that you should use. The Buddy film, the romantic Comedy, the Fish Out of Water films pose excellent examples and answer the oft repeated question as to why Hollywood keeps on making the ‘same’ movie. It’s the shape which forms into genres. Think of Star Trek films — plot changes of course but a space western is a space western, unless it is a spoof shape like Spaceballs. Now think of your hero, Picard, and knowing his stonewall-hard base characteristics, provide a challenge to those cherished and long-held beliefs such as ‘every Borg is to be killed’.

As a young author, I railed against these shapes like the Wolf at the Door tale, or the Mythology of the Gods with their moralistic endings in the false belief that I could create unique Good vs. Evil-shaped story, but the Good vs. Evil is a shape/form of its own, and thus, I had to utilize this CONTOUR or shape. I firmly believe every comma and semi-colon and other elemental decision along with the shape(s) utilized as in my Viking boy’s journey story being also an arch manhood (growth, coming of age) story, and combining story shapes is not to be disparaged either but put to USE indeed.

Still, as a young writer as early as Jr. High in Carpenter School inner-city Chicago, I wanted to create unique Shapes of my own. I learned in college about ‘experimental’ fiction writers like Barthleme and sure they create unique visions and thumb their noses at ‘genre’ fiction, but their works always felt both academic oddity and shapless in overalls.

I learned that “No, there is no new shape to be made, only what you can do within the context of a shape (or two or three used in same work),” according to the strongest voice guiding me — Mark Twain. Now Twain never said that except inside my head, but as my spiritual mentor, I began to listen to Mr. Clemons. “Every story under the sun has been done” really refers to the OUTLINE, the Form, the Shape. The poets and playwrights have their shapes and formats to conform to as well, for instance, the Sonnet or the Haiku.  Pretty tight formats, but within them uniqueness happens. Shakespeare creates an entire play in iambic pentameter, damn! But he did so using Romantic Tragedy perfected by the Greeks. Interesting too that Will only had 24 letters in our English language to work with as well — same as us.

I had a student once who insisted that a Poem could be anything. I asked for an example, to which he confidently replied with the single word: “IT.” After an awkward silence, still standing for the disagreement to come, the kid added. “The single word IT can be a poem; that it requires no ‘shape’ or form.” With the gauntlet tossed at my feet, I had to reply. “But what use is IT? What comes of IT? What is one to do with IT as IT stands alone and without shape or connection to anything that has come before IT? It becomes like one of those ALL-WHITE paintings hanging in a museum–meaningless in the end.” In short, I soundly rejected the notion, the student left the class, and I never saw him again, which was sad but his choice, and I suspect he has written a thousand One-Word Poems by now, all Shapeless in Overall Meaning. He proved the extreme example of a person rejecting any orchestration or learning from writers throughout the ages, like a painter who dares ignore the history of painting that has come before him.

There exists the Revenge tale, the murder mystery, the horror story for a reason, as tools to explore the dark side of the human condition and the ‘contours’ of life, death, and all between as literature wishes to explore. Just as light romantic comedy and other forms explore the brighter side of humanity, the dark side tales, the Noir suspense thriller shape explores the shadows inherent in the heart.

My final advice to young authors is simple:  To learn how to plot and do so quickly and proficiently, sit down and write a Mystery, for within the confines of this one shape above all others, you must badger and press yourself to answer the question central to the mystery and to ‘get it done’, to develop a storyline and to not stop at a mood, a tone, a character sketch. This shape of all the shapes forces us, as does horror and science fiction and alternative history to raise questions in scene one, chapter one, and to spend the rest of the story answering those questions. In the process of working and milking the form/shape, the empty form/shape (glass) is filled for the reader to take that dram(a) down with pleasure as the shape provides familiarity on the one hand and surprises on the other–as it is being used now by a fresh voice, a newcomer. A baseball analogy here: The Chicago Cubs brings up a young rookie from the training camp and he’s entirely new to the ballpark, the fans, the city, but he knows the rules of the game, and he knows what’s expected of him both at the plate and in the field, and yet he swings his bat like no other.

Working within the age-old shape, your unique twist and your unique mind provides the surprises and a ‘sense’ you have created something completely fresh out of that old thing. In other words, no other writer swings his pen quite the same way, regardless of the shape and contours of the chosen story that YOU wish to tell.