The ‘Old Fart’ Squad – Sleuths of the Chicaghosts Series 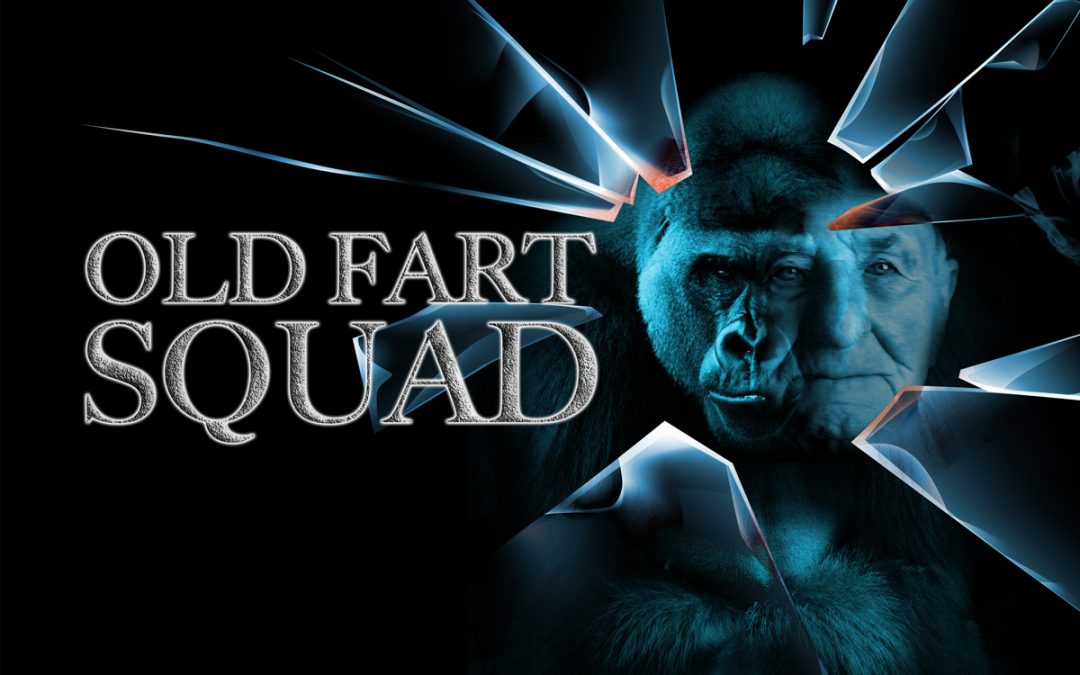 by Robert W. Walker, author of Dead On Instinct

In coming across an article in the AARP Magazine, I read of how one police department was hoping to solve more Cold Case files by rehiring retired police detectives to cover Cold Files; it caught my full attention and my rabid imagination. As a result, I created what I felt was a hilarious, yet frightful series of four books (novellas). My own Chicago-based ‘Old Fart Squad’ made up of three male detectives named GD, Wiz, Reggie and one lady detective, their leader, Audbrey Hamilton.

I wanted a diverse elder-statesmen group, so I crafted a philosophical black detective, Reggie, a whimsical white-haired Polish-American detective, Wiz, a detective with German heritage running through his veins, GD, and a classy lady, Aubrey, who lives in a high rent district and among the four Chicaghosts detectives has some class and some money.

The humorous aspect of the making of the four-novella series was immediately apparent in the premise and the execution of the first novella—Gone Gorilla. The novella depicts the mysterious disappearance and ‘theft’ from the Field Museum exhibit of a 450 pound stuffed yet beloved Chicago icon named Bushman, a silverback mountain gorilla; one whose life and now death was one of perpetual captivity.

But now in death, Bushman has ‘escaped’ but how and by whose hand? The answer is supernatural suspense, as all the cases given over to those dubbed ‘The Old Fart’ Squad have to do with Urban Fantasy and the fantastic X-files of the city, thus the Chicaghosts Series was born out of my fevered brain as a Chicago author and citizen.

The haunts of Chicago, the various settings and concerns of Chicagoans, down to the Cubs’ goat curse and the Valentine’s Day Massacre are explored in the dialogue, along with ‘old fart’ humor, of course. Novella #2 (30K wds.) is also given a movie-title reminiscent of… The Monster Pit, which follows on the heels of Gone Gorilla, and is a prequel to Goat Busters and The Heads Have Eyes.

This novella series is hardly my first use of the elder sleuth as Inspector Alastair Ransom in my City for Ransom and its five sequels moves from 1893 to 1912, from the Chicago World’s Fair to the sinking of the Titanic. Alastair boards the ship in pursuit of a killer in my Titanic 2012 – Curse of RMS Titanic.

In addition, my horror series BloodScreamS with Dr. Abraham Stroud, features a Vietnam vet, former cop turned archeologist, and thus as old as Harrison Ford. Wry humor about anything from aches and pains to the current old-fashioned-styled monster he faces in each episode of nine novels has Stroud complaining often of being too old for the hoops I put him through.

In both my Instinct and Edge Series, I work with mature, experienced medical and streetwise sleuths in the form of Dr, Jessica Coran, ME, FBI and Lt. Det. Lucas Stonecoat, Texas Cherokee sleuth respectively. Jessica began life in Killer Instinct as young and inexperienced person of skill and courage, but after 17 books, she has become the mature, experienced leader of her team. Lucas Stonecoat of five Edge books was prematurely aged by a horrific opening event that left him with lifetime scars and the pains of a much older man, as his own body is his worst enemy. This due to a car chase and shootout that ended with him hospitalized for a year of sheer hell and rehabilitated.

So, aged characters have long been of great interest to this author. I prefer having mature students in my classes and mature actors in my novels and short stories. I find the older characters can be wisemen and women, can oft times have more depth to their inner monologue as well as their outer actions. Experience and know-how go a long way in defining character and the bedrock of qualities that the plot/events can test in a man or a woman.

Under the right conditions, as the plot unfolds, a character well-set in his ways like the habit-anchored Alastair Ransom, or disabled Abe Stroud can be ‘knocked’ off their bedrock pillars that define them (again, under the right conditions). This makes for dramatic moment(s). Picture your own favorite character and how s/he is challenged by exigent circumstances and forces outside their control—and sometimes their only control is to break with everything that defines them, and the more elderly character finds this far more difficult and heart-wrenching a struggle than does the younger, still developing character. (Just like in real life, eh?)

Find any of the books and characters mentioned here at www.robertwalkerbooks.com or search at Amazon.com, or Audible.com. And  don’t overlook Walker’s how-to for the dysfunctional writer in us all entitled Dead On Writing, which he describes as his Creative Writing Class in a book.

Robert W. Walker is a graduate of Northwestern University, the NU School of Education, and Wells High School, Chicago. He has penned 83 books since his graduation. His first novel, Daniel Webster Jackson & The Wrongway Railroad, inspired by Mark Twain, featured a boy like Huck Finn, and, in manuscript form, won him a full-ride scholarship to NU. Since then, Rob Walker has ventured into writing in every conceivable genre, defying his agent’s and publisher’s wishes to be pigeon-holed as a single-genre author